Board of Directors & Executive Bios

Rick joined the Board of Directors of The Commonwell Mutual Insurance Group on January 1, 2014. Prior to this, Rick served on the Board of Directors of Farmers’ Mutual Insurance Company (Lindsay) from 2004 to 2014.  Rick has served on numerous committees during his term and is currently the Chair of the Audit Committee and a member of the Investment Committee.

Rick’s business, Blewett Printing has been handling the print needs of businesses in and around Lindsay since 1935. Rick has been the owner/operator since he purchased the family business in 1984.

He is married with 3 children (2 sons and 1 daughter). He spends summers at their family cottage in the Kawarthas where his favourite pastime is waterskiing. During the winter he plays hockey, squash and participates in spin classes.

Cheryl is a proven and effective industry leader who enjoys working to support and lead change, build relationships and develop and engage people. When not busy leading teams of people and affecting strategic change, Cheryl takes time to enjoy golfing and playing pickleball with her husband Norm.

John is the owner and President of a commercial property leasing and development company. His other interests include spending time with his family, especially time on the family boat.

Gordon has served on The Commonwell’s Board of Directors since its first day of operations on January 1, 2014. He was previously a member of the Board of Directors for Lanark Mutual Insurance Company, in Perth, Ontario from 2004 to 2013. Gordon served as Board Chair from 2011 to 2012.

Gordon is the owner of Huckabone’s Equipment Ltd., a family-owned dealership of full line Kubota equipment that has served eastern Ontario for over 65 years. Gordon also farms the 250 acres of his 130 year-old family farm. When not managing the business or the farm, Gordon finds time to snowmobile, 4 wheel and travel. Gordon and his wife Lorraine reside in Cobden, Ontario, and have four grown children.

Brian is a resident of the Upper Ottawa Valley, in Cobden, near Pembroke and a 5th generation dairy/cash crop farmer. Brian is the past President of Holstein Canada and Eastern Breeders and has volunteered on many hospital and church boards within the Pembroke community.

Brian and his wife Marg have four children, the oldest of which is now the sixth generation of the Leach descendants to be managing the family farm. When not spending time on the farm or with his family, Brian enjoys golf, skiing and volunteers.

Gord is also a past founder and owner of a franchise sandwich shop and a past owner and Vice-President of Lodwick Transport, a medium sized temperature-controlled transportation company. Gord is currently an independent consultant within the transportation industry and is an owner of land and building management companies.

Gord and spouse Darlene live in Beaverton with their two children. In his spare time, he volunteers on various community service boards and enjoys curling and golf.

Kevin is currently the Regional Real Estate Project Manager for Eastern Canada for Canada Post Corporation. He has occupied this position since 2000. He is responsible for the general management and quality control of all new construction and retrofitting of the Canada Post facilities network. He has 40 years of continuous service at Canada Post.

Kevin is a member of the Board of Directors for Valoris, a not-for-profit corporation dedicated to services for children and adults in Prescott-Russell.

Kevin is married to a retired career primary school teacher and has two adult children. He is an active community volunteer and his leadership is widely acknowledged among his peers, colleagues and the business community of Casselman, Ontario. With everything going on, Kevin still finds some time to golf, ski and read a good book. 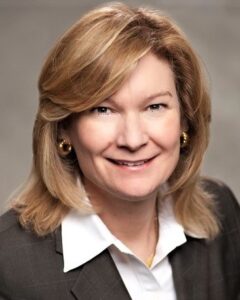 Lynn joined the Board of Directors on March 24, 2022 and is currently sits on the Audit Committee and Investment Committees.

A strong leader, Lynn is both a Canadian Chartered Accountant and a US CPA with extensive financial, risk management and regulatory experience from across multiple industries in both Canada and the US.

Previously, Lynn served as CFO for IBM Canada and as a global senior financial executive based out of New York.

Most recently, Lynn held the role of Senior Vice President at TD Bank, where the role spanned financial, risk and operational responsibilities.

Lynn and her husband enjoy travel and visiting ancient monuments and during the summer  months, spend as much time as possible at their cottage on Georgian Bay.

Gerard holds the position of Chief Executive Officer of Engineers Canada, the national organization of the provincial and territorial associations that regulate the practice of engineering in Canada and license the Country’s 290,000 members of the engineering profession.

Prior to joining Engineers Canada, Gerard was Registrar of Professional Engineers Ontario (PEO), and preceding that he spent over 31 years in the Public Service of Canada working primarily in the transportation sector where he held various positions including:

Gerard and his wife Norma have five children (four girls and a boy) and spend most of their spare time at their country home in North Glengarry. Gerard enjoys struggling at golf, trying to keep up with his children skiing, cycling and the great outdoors. 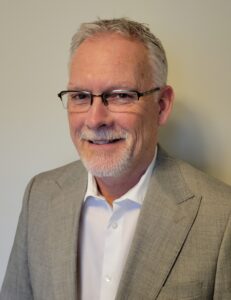 Prior to joining The Commonwell, Steve worked in increasingly progressive roles in technology and insurance providing IT leadership to Jevco Insurance, Intact Insurance and through the consulting company he founded and ran for more than 25 years. Most recently, Steve was Vice President, Information Technology at Echelon Insurance.

Steve resides in Mississauga with his wife Rebecca and their daughter Mackenzie.

Prior to joining The Commonwell, Caroline spent her career in the financial sector with both TD Bank and Scotiabank in increasingly senior HR leadership roles, most recently VP, Human Resources Global Wealth Management with Scotiabank. Caroline’s career has focused on aligning HR strategies against business priorities to help drive business outcomes in Retail Banking, Wholesale Banking and Wealth Management.

Celebrating 20+ years in the insurance industry, his experience spans across the disciplines of all distribution mediums, operations, underwriting, innovation, product development, segmentation and pricing through cooperative, mutual and stock insurer structures.

As an avid learner, Enrico is active in the industry through his participation with the Insurance Institute of Ontario, serving as Chair/Past-Chair, leading ambassador events and as a certified instructor of the Chartered Insurance Professional designation.  He also participates in content development for the Fellow Chartered Insurance Professional designation and Career Mapping content for the Insurance Institute of Canada.

As Vice President, Distribution and Member Innovation he will focus on delivering innovative approaches to product, pricing and service offerings and enhance the purchasing and service experience of our members and distribution partners.

Enrico currently resides in the Kawartha Lakes and when not in the office is either cycling the bike paths the region has to offer or enjoying one of the many waterways of our province with fishing pole in hand.

Garth Winterton joined The Commonwell Mutual Insurance Group in August of 2018 and holds the position of Vice President, Operations.

Prior to joining The Commonwell, Garth built a strong career in both direct and broker-based sales organizations.  He has spent much of his career at RBC Insurance as the National Auto and Property Director of Claims as well as the Director of the Special Investigation Unit.  In 2015 Garth joined RSA, as Director of Claims, leading the Optimization and Fraud team. He is a certified change leader and a strong advocate for both the customer and employee experience and how they can connect to achieve strong, sustainable results.

As Vice President, Operations, Garth provides strategic direction and leadership throughout The Commonwell with a focus on continuous improvement while leading and driving underwriting and claims strategies, in additional to end-to-end execution of operations to deliver a consistent and seamless experience to brokers and members alike.

Garth resides in Whitby with his spouse Lesley and their two sons Jacob and Ryan.  Hockey fills much of Garth’s spare time as both boys are avid players.

Tim graduated with a B.A. in Business Administration from Trinity Western University (Langley, B.C.) Tim started his insurance career with Algoma Mutual Insurance Company in 1992. In 1999 Tim took a position with the former Farmers’ Mutual Insurance Company (Lindsay). His 23 year involvement in the mutual insurance industry has included a variety of committee participations and terms on the Boards of Directors of both the Ontario Mutual Insurance Association and Farm Mutual Reinsurance Plan.

Currently, Tim is the Deputy-President of the Governing Council of the Insurance Institute of Ontario, Vice-Chair of the Ross Memorial Hospital Foundation based in Lindsay and while also joining the NAMIC Board of Directors in 2016 where he currently serves on NAMIC’s Membership Committee in addition to other charitable activities, he takes a special interest in reading and learning about leadership and organizational motivation.

Dan Teguh joined The Commonwell Mutual Insurance Group on November 7, 2022. As Chief Financial Officer, Dan leads the team responsible for Finance, Risk, and Internal Audit with decision support on the execution of strategic initiatives at its core.

Prior to joining The Commonwell, Dan was Chief Financial Officer at HIRE Technologies, a publicly traded consolidator of firms in the staffing and executive search space. Dan was previously the Director of Corporate Development at Canada’s largest dental service organization, dentalcorp, where he was responsible for acquisitions and transaction execution. Before this, he held progressively senior roles at Northbridge Financial Corporation, a subsidiary of Fairfax Financial Holdings Limited, covering all aspects of P&C insurance capital management including mergers & acquisitions, broker financings, financial reporting, and external relations. Dan began his career at Ernst & Young.  He is a Chartered Professional Accountant and holds a Bachelor of Commerce degree from Queen’s University.

Dan lives in Toronto with his wife Ruth Ann and their two sons Hudson and Bennett.  Dan serves on the Board of Directors of Leaside Memorial Community Gardens Arena and after-hours can be found at either an arena or a baseball diamond depending on the time of year.

Thank you for your request.

This website uses cookies to improve your experience while you navigate through the website. Out of these cookies, the cookies that are categorized as necessary are stored on your browser as they are essential for the working of basic functionalities of the website. We also use third-party cookies that help us analyze and understand how you use this website. These cookies will be stored in your browser only with your consent. You also have the option to opt-out of these cookies. But opting out of some of these cookies may have an effect on your browsing experience.
Necessary Always Enabled
Necessary cookies are absolutely essential for the website to function properly. This category only includes cookies that ensures basic functionalities and security features of the website. These cookies do not store any personal information.
Non-necessary
Any cookies that may not be particularly necessary for the website to function and is used specifically to collect user personal data via analytics, ads, other embedded contents are termed as non-necessary cookies. It is mandatory to procure user consent prior to running these cookies on your website.
SAVE & ACCEPT